For fiscal year 2000, the Legislature appropriated $600,000 for exterior masonry and stair repairs from the Permanent Building Fund account. The following year, $872,205 was appropriated from the same account for replacement of the east and west exterior stairs. The two appropriations were combined to accomplish Phase I of the exterior portion of the Capitol Restoration Project designed by the team of CSHQA/Isthmus Architects.

McAlvain Construction initiated the project in July 2001, and completed it mid-June of 2002. Work consisted of selective repair of stone, mortar joints, and flashing up to the fourth floor exterior as well as replacement of some cracked and deteriorated stone pieces. Also included was the complete demolition and replacement of the east and west exterior stairs. The masonry repairs were completed simultaneously with the stair replacements. The funding available allowed approximately 75% of the required stone repair work to be done.

In December 2001, 3DI/Lemley Associates of Texas/Idaho was engaged to provide project management services during design development through construction phases of the major Capitol restoration, prior to the project being placed on hold. The professional firm was hired to perform all of the services of a project manager and to represent the Idaho Department of Administration and the Idaho State Capitol Commission in interaction with the project design consultant and contractor.

Tenants of the Capitol occupied the building throughout the exterior work and in order to keep them informed of the activities of the contractor, weekly Renewal News newsletters were published and distributed throughout the building and to other interested parties.

The 2004 Legislature appropriated $3 million to complete the Capitol exterior preservation and repair work which was initiated in 2001. This Phase II work included skylight repairs and drainage work around the perimeter of the building to ensure that water does not damage the foundation. Repairs and replacement of the Capitol roof was done concurrently.

Hydro-Tech Contractors of Lehi, Utah was hired to conduct all of the exterior repairs, and work got underway the following month beginning with drainage improvements. Phase II work was completed in the Spring of 2006. A summary of the work accomplished as part of Phase II is listed below.

Below-grade drainage protection was provided adjacent to granite panels. This affected the two areas flanking the south entrance and the area surrounding the north wing.

As part of the drainage protection work, the four existing drywells were also rehabilitated. Perforated drainpipe was provided to divert excess ground water away from the building to the drywells. In addition, it was recommended that four new catch basin/sediment vaults be installed at that time, adjacent to the drywells, along with new window well drains. The vaults prevent sediment from entering the drywells from the roof and window well drains.

The planter walls adjacent to the north entry were replaced with granite, and landscaping curbs on the north side were removed and reinstalled as required to provide drainage protection. This area also was regraded.

The large north skylight over the Joint Finance and Appropriations Committee room and the smaller skylights over the chambers were replaced with new aluminum frame and tempered glass skylights. They were flashed into the adjacent copper roofs. Mechanical vents penetrated the north skylight and were temporarily relocated into an insulated metal panel in the new skylight. When future mechanical work is done, as part of the interior restoration, the insulated panel will be replaced with glass.

The skylights surrounding the rotunda were replaced with aluminum frame and laminated glass skylights for extra impact resistance due to falling ice from the dome.

The parapets surrounding the east, west, and a portion of the north wings, as well as a portion of the inner parapets below the drum were reinforced. Reinforcing consists of 3/8′ rod epoxy set into drilled holes at 48′ on center.

All exterior stonework not repaired under Phase I was repaired as part of this phase. Work included repointing mortar joints, removal and installation of sealant, new copper drip, Dutchman repair, refinishing granite and sandstone, granite replacement, anchors, rods, cramps, and grouting of cracks. Also included was stone repairs to the back of all parapets, the colonnade level, urn level, dome level, and lantern level. Thirty-two sandstone balusters were replaced as part of work on the lantern level. Repairs included broken, cracked, or chipped terra cotta tiles on the dome and the vertical joints between the tiles.

While scaffolding was erected around the dome, the eagle was historically rehabilitated. In addition, a new elastomeric coating was applied to the lantern dome and a new ladder and safety cable were installed. Lighting at the eagle and around the dome was replaced, as was the rehabilitation of windows surrounding the dome. Sealant joints around the perimeter of the colonnade walkway were also replaced as was the lead-coated copper roof on the colonnade stair enclosure. 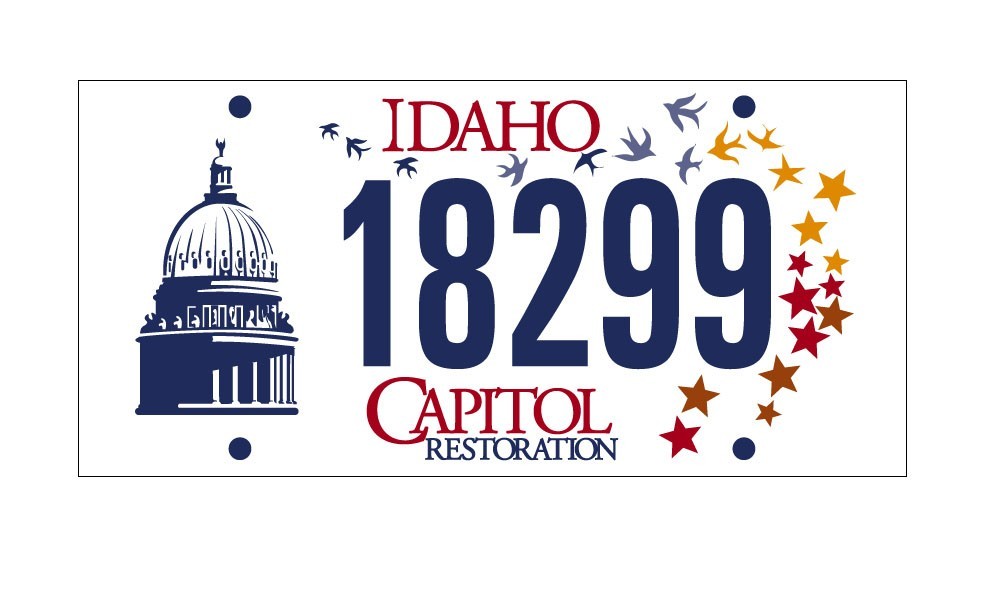